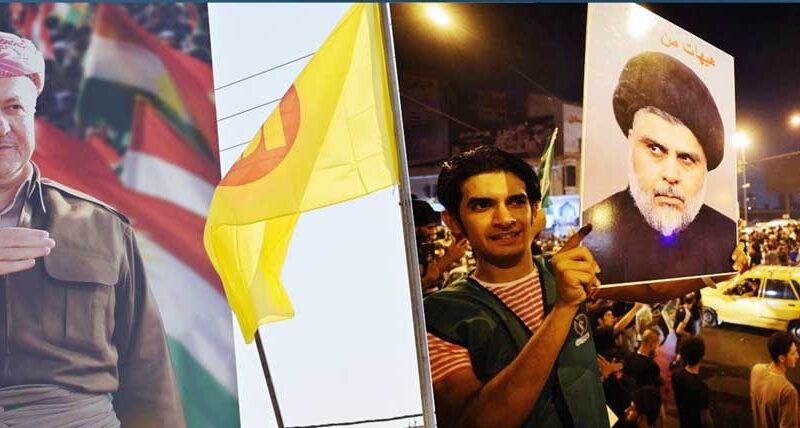 News Desk : Iraq’s October 10 elections reinforced the parliamentary strength of mercurial Shiite preacher Moqtada Sadr and saw a harp decline in that of his adversaries, the pro-Iran Hashed al-Shaabi alliance, according to preliminary results.
A final tally from the ballot, organised to appease youth-led anti- government protests that began in 2019, is expected in the next few weeks, but so far no bloc has a clear mandate.
That means the numerous political parties will engage in lengthy negotiations to form alliances and name a new prime minister. What alliances are possible? – Harith Hasan, a nonresident senior fellow at the Carnegie Middle East bCenter, generally sees two main potential scenarios.
The first is the revival of a “Shiite alliance” between Sadr, who has criticised Iranian influence, and the Hashed, a former paramilitary network now integrated into the regular security forces.
Results so far show Sadr won more than 70 of the 329 parliamentary seats. This coalition option would see Sadr accepting “a new power-sharing arrangement with a compromise candidate” as prime minister, Hasan said. There would also be an agreement “on certain ‘principles’ for reform, including the future and the structure of Hashed al-Shaabi,” he said.
Any compromise candidate for prime minister will have to have the tacit blessing of Tehran and Washington, arch-foes that are both Baghdad allies. According to preliminary results the Conquest (Fatah) Alliance, the political arm of the multi-party Hashed, emerged from the election with only around 15 seats in parliament. In the last chamber it had 48, which made it the second largest bloc.
A source in Fatah told AFP that some of its leaders “suggested to a representative of the Sadrists to conclude an alliance” with them and other Shiite entities. A second scenario would see Sadr align himself with Massoud Barzani, the longtime head of the Kurdistan Democratic Party which runs the Kurdish autonomous region in northern Iraq.
Mohammed al-Halbussi, the former parliamentary speaker who cultivates an image of dynamism and leads a construction boom in his home city of Ramadi, would also be part of this coalition, along with smaller groups.
This scenario is only possible if Sadr “did not succumb to the pressure” of Hashed, said Hasan, who does not exclude “some kind of chaos or armed conflict” in the country where virtually all political actors have links toarmed groups.
Despite losing seats, the Hashed is still expected to carry weight in parliament through the support of members who say they are independent, and arrangements with former prime minister Nuri al-Maliki, who held the post between 2006 and 2014. An ally of Hashed and a figure close to Iran, Maliki won more than 30
seats.
No name has yet emerged as a replacement for Mustafa al-Kadhemi. Sadr had claimed he was going to name the next prime minister, but the one ultimately chosen “has to be a consensus candidate,” said Lahib Higel, a senior analyst on Iraq at the International Crisis Group.
It could be Kadhemi himself. Well connected both in Tehran and Washington, he brought forward the elections, originally scheduled for 2022, in response to the anti-government protests over endemic corruption, unemployment and failing public services.
With no base of his own and no seat in parliament, Kadhemi could be a convenient choice “because to a certain degree you will get rid of a part of the responsibility when the face of the government is someone else,” Higel said. “He has a chance In Hasan’s view, “Kadhemi still stands a good chance to stay in office.”
What about Iran’s role? The loss of seats by Fatah, which is very close to Iran, will not necessarily weaken Tehran’s role in Iraq. b “Iran has had an influence in Iraq ever since 2003,” years before the
Hashed alliance first entered parliament in 2018, Higel said.
According to Hasan, Iran has three main interests in its neighbour: ending the US military presence which numbers 2,500, and making sure there are no threats coming from Iraq; supporting Hashed; and keeping the Iraqi market open to products from Iran’s crippled economy.
Hasan added that Iran “don’t see Sadr as an enemy, but they are attentive to the risk of having him dominating” the Shiite scene. 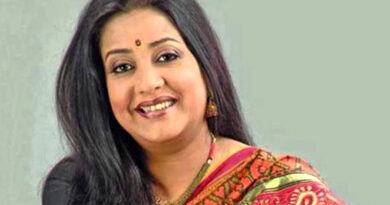 Suborna to celebrate her birthday in Canada 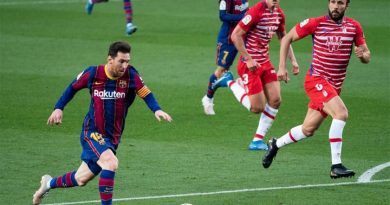