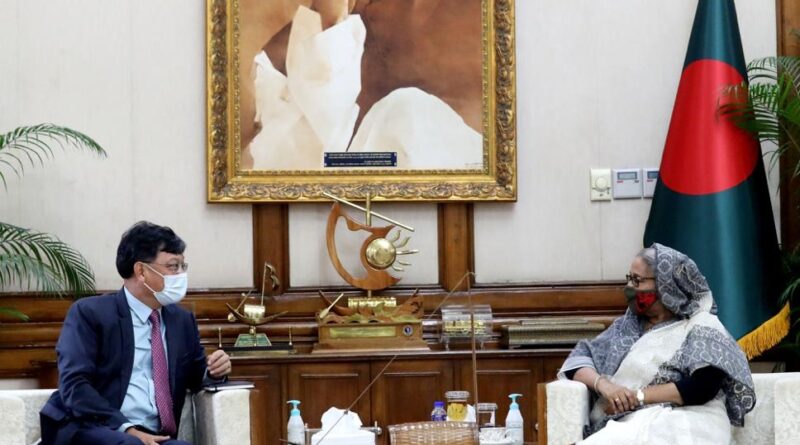 “This Delta Plan is very important for Bangladesh,” she told ADB vice president (operations-1) Shixin Chen when he called on her at her official residence Ganobhaban.

In 2018, the government launched the Delta Plan 2100 to secure the future use of the country’s water resources and mitigate the impact of climate change and natural calamities.

She said that the COVID-19 situation in Bangladesh is now under control and after a span of two years the people freely celebrated Eid festival last week.

She highly appreciated the help of ADB during the COVID-19 pandemic.

Regarding the transition period of Bangladesh’s graduation to a developing economy she said her government has taken various programmes to face it.

She also mentioned that her government successfully brought 100 per cent of the country’s population under electricity coverage.

Referring to the Ashrayan Project-II the PM said that the government is now providing homes with lands to the homeless and landless people of the country aiming to give them a better life.

“Their life standard has been upgraded,” she said.

Talking about the food shortage due to the Russia-Ukraine war, the premier said that the government has taken programmes to grow more food.

She said that the ICT sector of the country is developing fast contributing to econimic growth.

Regarding the regional connectivity for development she said Bangladesh has opened the door for improving connectivity.

In this connection she said that routes that closed after 1965 war (between India and Pakistan) have been reopened.

She sought participation of Bangladesh senior officials in the top management and administration of ADB to facilitate regional balance in recruitment.

Bangladesh set one of the best examples to tackle the COVID-19 pandemic situation, he was quoted as telling the PM.

The ADB official said Bangladesh has been able to keep the wheel of economy on and it’s GDP this yeat is expected to grow by 7 per cent.

The ADB will always be with Bangladesh and help its development both in the urban and rural areas as it has strong ties with the country.

Talking about the graduation of Bangladesh from the LDC status to a developing country he said it is usually critical and the country is doing well.

Bangladesh is passing through the last phase of graduation, he said.

Bangladesh, he said, has achieved huge development in the agriculture sector too.

About the economic zones he said these will meet the demand of domestic and international markets.

He expressed ADB’s interest to help Bangladesh in the social protection programmes.

He apprehended that due to the Russia-Ukraine war there might be a shortage of food across the globe. 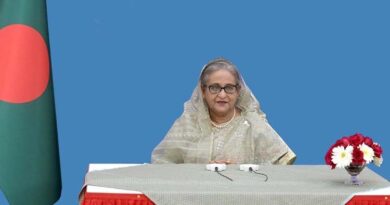 Dipu for developing sense of patriotism to build prosperous country