Entertainment Report : Popular face of the small screen Irfan Sajjad and viewers’ choice popular actress of present generation Rukaiya Jahan Chamok, popularly known as Chamok Tara, for the first time paired up for a telefilm titled Pathor Mon. Directed by Rabiul Shikder, shooting of the telefilm was done in different locations in the
capital’s Uttara area recently. Irfan Sajjad and Chamok Tara played roles of Pappu and Papia respectively in the telefilm.
Chamok informed that earlier Irfan Sajjad and she worked together in a drama titled Ek Bhai Champa, directed by Safayet Mansur Rana, in the role of siblings. For the first time, they paired up in a romantic story based telefilm Mon Pathor, which is scheduled to air on Channel i on October 22.
While talking about acting in the telefilm Irfan Sajjad said, “Earlier, I had experience to work under Rabiul Shikder’s direction. He makes drama based on life-oriented stories. I had experience to work with Chamok in a drama, which story was based on a story of siblings. This time we worked as a pair on the screen. Story of this telefilm is nice. Chamok has already improved her acting skill. I believe in future she will improve more in acting. I give thanks to Robi Bhai to give me opportunity to act in his directed telefilm. I believe viewers will enjoy the telefilm.”
Chamok Tara shared her feelings by this way, “In the meantime, I have scheduled to work in a web series. So, I had any other schedule. During this leisure time, I worked in Robi Bhai directed this telefilm. I have liked its story. Robi Bhai tried to make this telefilm in organised way. Though I had experience to work with Irfan Bhai in role of siblings but this time we shared the screen as a pair. Story of Robi Bhai’s telefilm is really nice. I am very much optimistic about this telefilm.”

Want to concentrate on my married life now: Mahi 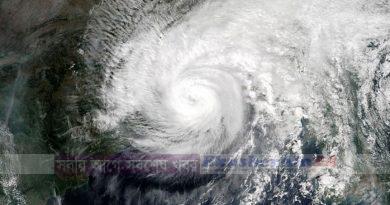