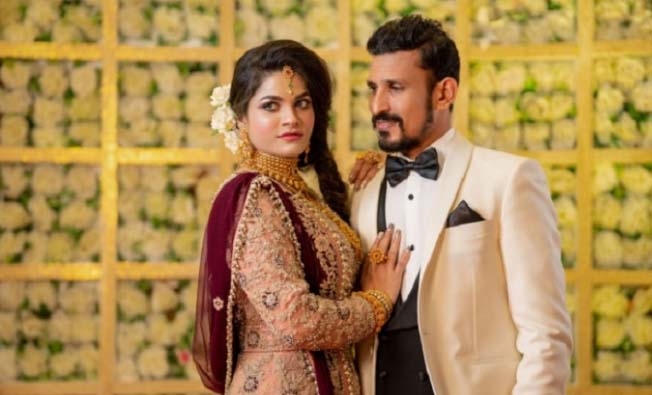 News Desk : The marriage between Bangladesh national team cricketer Nasir Hossain and Tamima Sultana is illegal as she is still wife of businessman Rakib Hasan, said a report of Police Bureau of Investigation(PBI) on Thursday.
PBI investigation officer Mizanur Rahman submitted the report before the court of Dhaka Metropolitan Magistrate Mohamamd Jashim.
Later the court asked cricketer Nasir , Tamima and Tamima’s mother Sumi Akhter to appear before it on October 31 in a case filed over Tamima’s illegal marriage.
Tamima allegedly got married to cricketer Nasir without divorcing her husband Rakib Hasan.
Advocate Ishrat Zahan, a counsel of the plaintiff, said a petition was filed seeking warrants for the arrest of the three accused.
According to the PBI report, Tamima did not divorce her first husband Rakib and Rakib did not get any divorce notice from her. Rather, Tamima made a fake divorce notice. So, Tamima is still the wife of Rakib, said the report.
As per the law, marrying another person without getting divorced with her husband is a punishable offence and for this reason the marriage of Tamima and Nasir is illegal, it said.
Besides, the divorce notice which was sent by post to Rakib is not legal, said PBI report.
Earlier on February 24, a Dhaka court directed PBI to investigate the case.
Dhaka Metropolitan Magistrate Court Judge Md Jashim passed the order after taking the case filed by Rakib into cognizance.
PBI was asked to submit its investigation report by March 30.
According to the case statement, Tamima got married to Rakib Hasan on February 26, 2011 and they have an eight year old daughter.
Tamima, a cabin crew of Saudia Airlines, had been staying in Saudi Arabia due to Covid-19 situation since March 10, 2020.
During this time, she contacted her family through mobile phone and social media.
Tamima got married with the cricketer on February 24 while photographs of their marriage went viral on social media which drew the attention of Rakib Hasan. 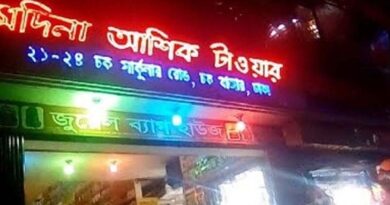 Fire breaks out at Chawkbazar building