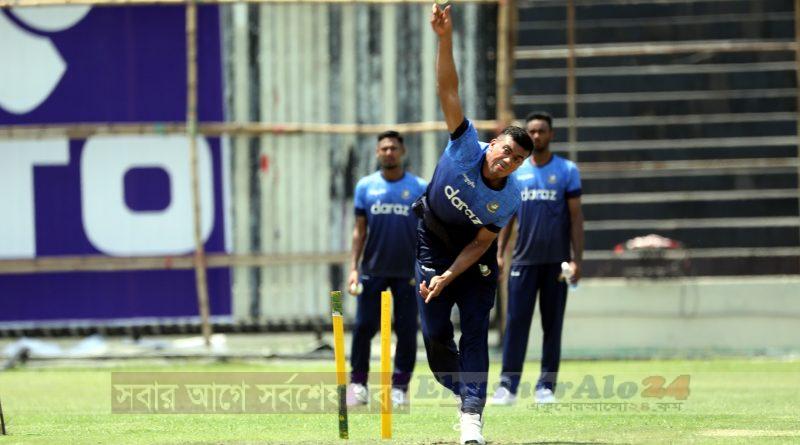 Sports Reporter : After playing two tests, Bangladesh and Sri Lanka are now ready for a face off in a three-match ODI series starting today in Dhaka.
Bangladesh is seeking a winning start in the three-match series against Sri Lanka, which is the part of ICC Super League today at the Sher-e-Bangla National Cricket Stadium.
The match starts at 1 PM and will be aired live at Gazi TV and T Sports.
The white-ball series is crucial for both the teams as they have suffered heavy defeat in their last limited-over outings. While Bangladesh was swept 0-3 by host New Zealand in a three-match T20I series in March-April this year, the Lankans were taken to the cleaners by West Indies in three one-days before that.
The series is viewed as must-win assignment for the Tigers with the 2023 World Cup qualification in mind.
Bangladesh made a winning start in the ICC ODI Super League with a 3-0 series win over West Indies in last January, which was their fifth in sixth bilateral series at home but conceded the position after their 0-3 loss at the hands of New Zealand in away tour.
Bangladesh currently is in sixth position with 30 points in the ICC ODI Super League table, led by England with 40 points. Sri Lanka is languishing at the bottom of the table with -2 points after being whitewashed in three-match series against West Indies.
The Sri Lankan side will be led by newly-appointed skipper Kusal Perera while test captain Dimuth Karunaratne has been dropped altogether. Senior players Angelo Mathews and Dinesh Chandimal also failed to make the cut. New entrants include fast bowler Chamika Karunaratne and batsman Shiran Fernando who will make their ODI debuts.
Bangladesh however named a full-strength side with Shakib Al Hasan returning to squad after missing two tours-a limited over series against New Zealand and a Test tour in Sri Lanka.
With Sri Lanka coming here with a depleted and inexperienced side, it is believed they are no match for the Tigers, who are terrific at home condition in ODI format of cricket.
But at the same time, what ailed Bangladesh is that they’ve gone winless in their last 10 international games – four Tests, three ODIs and three T20Is – over the last four months after their 3-0 win over West Indies in ODI series.
Bangladesh captain Tamim Iqbal therefore cautioned against complacency, saying that there is no reason to underestimate Sri Lanka despite they are without some of their big stars and experienced players.
“Obviously experience matters but at the end of the day you will have to perform because you will have to take the game to that point when experience will come into act,” Tamim said ahead of the first ODI.
“We have played against Sri Lanka at various levels previously and we are aware that it won’t be easy. We have to be at more than a hundred percent to beat them,” he added.
Tamim also said superstar Shakib Al Hasan will bat at his favoured No.3, a position where he excelled during the 2019 World Cup, scoring 606 runs in just eight matches. Nazmul Hossain Shanto who batted in this position in the last two ODI series was dropped.
Bangladesh won just seven matches and the rest of the two matches fetched no result. Most of Bangladesh seven wins came after they are forced to be reckoned with in this format.
Squad:
Bangladesh: Tamim Iqbal (C), Liton Das, Shakib Al Hasan, Mushfiqur Rahim, Mohammad Mithun, Mahmudullah, Afif Hossain, Mehidy Hasan Miraz, Mohammad Saifuddin, Taskin Ahmed, Mustafizur Rahman, Soumya Sarkar, Mosaddek Hossain, Mahedi Hasan, Shoriful Islam.
Sri Lanka: Kusal Perera (C), Kusal Mendis, Danushka Gunathilaka, Dhananjaya De Silva, Pathum Nissanka, Dasun Shanaka, Ashen Bandara, Wanindu Hasaranga, Isuru Udana, Akila Dananjaya, Niroshan Dickwella, Dushmantha Chameera, Ramesh Mendis, Asitha Fernando, Lakshan Sandakan, Chamika Karunaratne, Binura Fernando, Shiran Fernando.

Sabina due to leave for India tonight 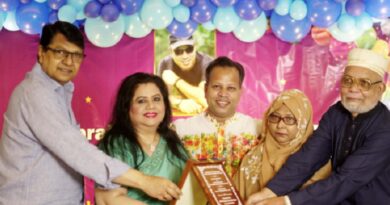