With its gnarled body, fibrous, greenish-pink shoots and coarse, reddish-brown skin, galangal ranks high on my list of peculiar-looking ingredients. Thanks to its sweetly tart and peppery flavor, its piney aroma and the unique tang that it adds to foods, it also snags a top spot on my lineup of favored spices.

Galangal hails from southern China. Its name, though, originates from an Arabic word adapted from the Chinese phrase “ginger of Kau-liang”; this reputedly was an ancient part of Guangdong, near the South China Sea, where the plant grew. By the ninth century, galangal was a popular spice in the Middle East, which is how it garnered its Arabic moniker. Obviously, it had hit its stride even earlier in China.

A member of the ginger family, galangal possesses hard, moist, yellowish flesh that’s reminiscent of ginger in texture. Like its fellow rhizome, it’s used in fresh, dried and powdered forms. Unlike ginger, dried galangal is employed only as a last resort, when fresh isn’t available. Fortunately, if you can’t track down a fresh chunk in the produce aisle, you can find jars of sliced or minced galangal in the Asian section of many supermarkets.
I first came across fresh galangal at the Ben Thành market in Ho Chi Minh City, Vietnam. There, baskets of the crooked, mauve-tinged stems were on offer at virtually every produce stand.
Had I been traveling solo, I might have written off these odd-looking nubs as plant cuttings or compostable vegetable scraps and thought nothing further of them. Thankfully, my Vietnamese stepfather-in-law, who had accompanied me to the bustling market, filled me in on the exotic edibles.
Galangal a staple in many Asian cuisines
Galangal, he explained, was not just the start of a flowering plant but also a spicy, citrusy seasoning utilized by Vietnamese cooks. After peeling and thinly slicing it, they add it to stir fries and soups.
In addition to its use in Vietnamese cooking, galangal appears in Cambodian, Thai, Indonesian, Malaysian, Southern Chinese and South Indian cuisines. In Cambodia it plays a major role in the herb paste known as kroeung. A distinctly Cambodian condiment, kroeung consists of fresh lemongrass, galangal, turmeric, kaffir lime leaves and garlic. After pounding the ingredients together with a mortar and pestle, cooks spice up curries, soups, stews and the steamed fish dish known as amok tre with this chunky, fragrant paste.
In Indonesia, cooks include it in nasi goreng, or fried rice with meat and vegetables, the fiery meat dish rendang and Javanese curries. Thai cooks feature it in tom kha gai, a velvety soup of chicken, galangal, chilies and coconut milk.
This piquant spice goes well with a variety of foods, including beef, chicken, pork, seafood, chili peppers, cilantro, coconut milk, garlic, lemongrass, lime, Chinese long beans and rice. It adds zing to salads and baked goods as well as to the aforementioned soups, stir fries and curries.
In Southeast Asia galangal goes by many different names. Blue, Laos, Thai and Siamese ginger as well as the Malay term lengkuas all refer to galangal. Keep this in mind the next time that you read over the ingredient list for a Southeast Asian recipe.
Likewise, when shopping at your local Asian market or specialty grocery store, you should take a few things into consideration. When selecting fresh galangal, look for plump flesh and smooth, firm skin. Avoid shriveled, damaged or moldy skin. Choose a young, pinkish root; it will be more tender and manageable. Galangal is, by nature, tough and requires a sharp knife for cutting.
Once you’ve picked your produce, take it home and place it in a plastic bag before refrigerating. The plastic will ensure that it doesn’t dry out. Galangal will keep in the refrigerator for up to one week. It can also be slipped into a plastic, resealable bag and stored in the freezer.
Tart ‘n’ Spicy Shrimp Skewers
Serves 4
Ingredients
1-inch piece galangal, peeled and minced (about 2 tablespoons)
2 red chili peppers, de-seeded and chopped
2 shallots, chopped
5 garlic cloves, chopped
½ teaspoon salt
1 teaspoon ground turmeric
2 teaspoons firmly packed brown sugar
1 tablespoon fish sauce
1 tablespoon lime juice
½ cup coconut milk
2 pounds (16 to 20 count) shrimp, defrosted and peeled
2 limes, quartered, for serving
Directions
1. Using a mortar and pestle, mash the galangal, chilies, shallots, garlic, salt, turmeric and brown sugar until a thick paste forms. Spoon the paste into a large bowl.
2. Add the fish sauce, lime juice and coconut milk and whisk together until well-combined.
3. Add the shrimp to the marinade and toss until coated completely. Cover the bowl and refrigerate for a minimum of two hours and maximum of six hours.
4. When you’re ready to cook the shrimp, preheat a charcoal or gas grill on medium-high.
5. Shake the excess marinade off the shrimp and thread them onto metal or bamboo skewers. (Note: If using bamboo skewers, you will need to soak them in water for 30 minutes before skewering the shrimp.)
6. Place a lightly oiled sheet of foil on the grill and lay the shrimp skewers on top of it. Grill the shrimp on one side for 2 minutes. Flip over the skewers and grill on the other side for an additional 2 to 3 minutes, until the shrimp have turned coral in color.
7. Serve hot with wedges of lime. 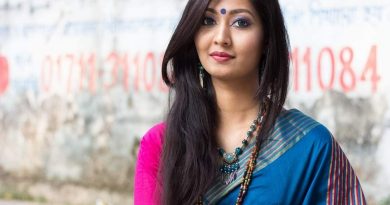 ‘Less is more’ – Jessica on the floor! 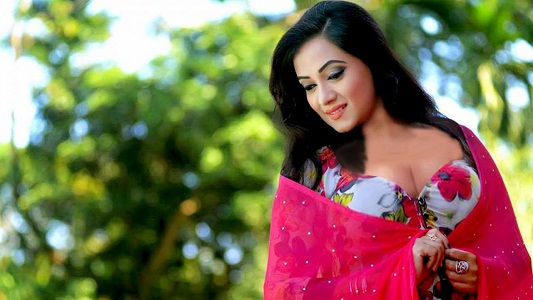 Anny Khan walks away from showbiz

How to set your dining table for guests