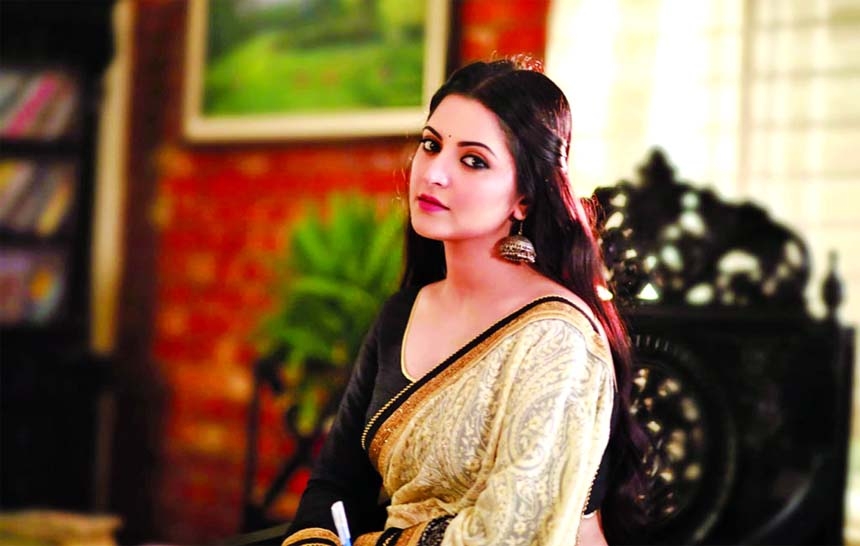 Entertainment Report : Following an eventful one month, popular film actress Pori Moni has recently returned to work. She will complete her remaining film projects and will also start
shooting for her newly-signed movies. Last Tuesday and Wednesday, Pori Moni, real name Shamsunnahar Smrity, attended a dubbing session in the capital for director Iftekhar Shuvo’s upcoming movie Mukhosh, which received government funding. Starring as Sohana Sabrin, a crime reporter in her role opposite Ziaul Roshan,
Pori has also confirmed the matter on her social media.
The actress is also scheduled to start shooting for the highly anticipated film Pritilata, based on the life of Pritilata Waddedar, who was a Bengali revolutionary nationalist from the Indian subcontinent who was influential in the Indian independence movement. Rashid Palash, director of the film, informed the media that the shooting will begin after October 24, the birthday of Pori Moni. On August 31, a Dhaka court granted Pori Moni’s release on a Tk20,000 bail bond in a case filed under the Narcotics Control Act.