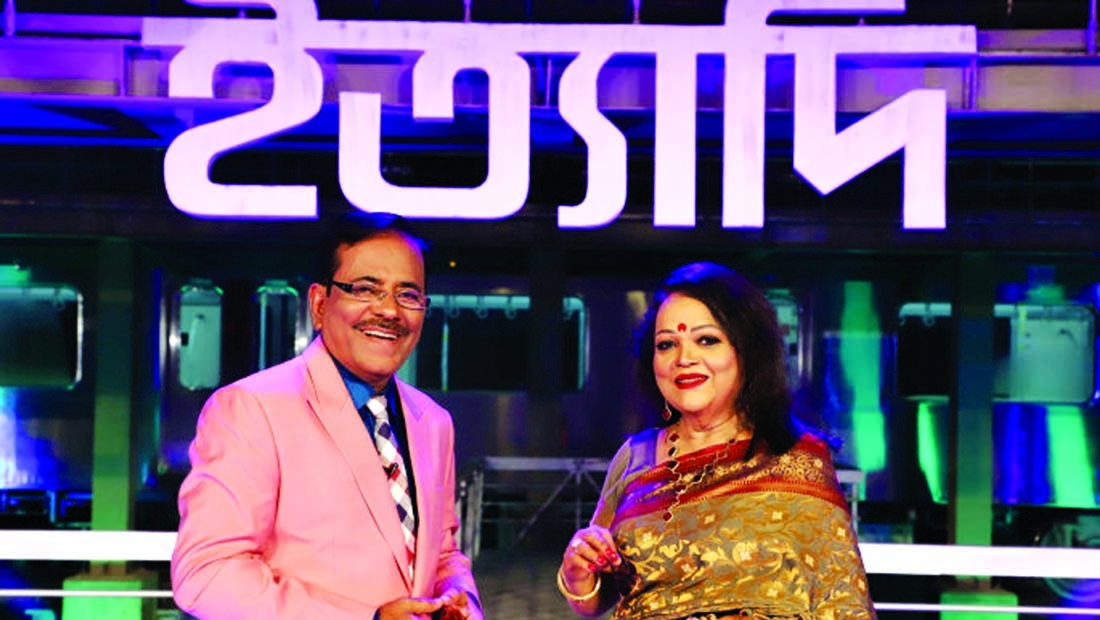 Entertainment Report : Bangladesh Television (BTV) is going to telecast popular magazine television programme Ittyadi’s first-ever ‘zero audience’ episode on July 30. Due to the coronavirus pandemic, the organisers of the popular television program decided to shoot the show without an audience to comply with the government-imposed Covid-19 health and safety regulations, said a
press release. BTV and BTV World is going to telecast the episode simultaneously after its regular 8:00pm news
segment. According to the release, the episode was shot at the workshop of the mass rapid transit-6 (MRT-6) depot situated in the Diabari area of the capital on July 16. This episode of Ittyadi is written, directed and presented by Hanif Sanket. It is produced by Fagun Audio Vision and
is sponsored by Keya Cosmetics Limited.