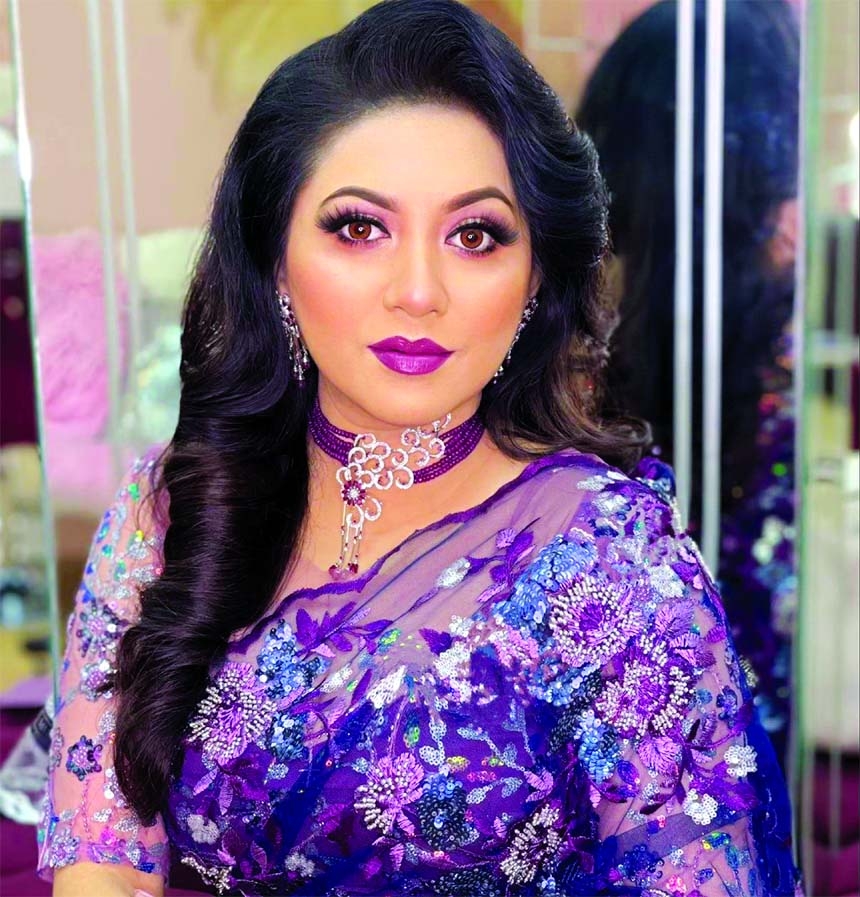 News Desk : Tareen Jahan is one of the popular TV actresses of the country. To keep in mind the viewers’ choice, Tareen always tries to act in good story based works. In case of the actress, there was no exceptionality in Eid-ul-Azha’s works. This Eid Tareen’s works got appreciation from the viewers. Taneem Rahman Angshu directed TV feature film Sahosika, Sohel Hasan’s drama Onatmiyo Dompoti, Chayanika Chowdhury’s Grihomaya and Hasib Ahmed’s television short film Modhuchokro were Tareen-starrer mentionable works in Eid-ul-Azha.
In Sahosika, Tareen’s acting in role of a police officer got appreciation from the viewers. Therefore, with Mosharraf Karim in drama Onatmiyo Dompoti, her acting was also appreciated by the viewers. Under same director’s direction, Tareen earlier acted against Mosharraf Karim in drama No Prem No Biye. This drama also got popularity. Meanwhile, in Grihomaya and Modhuchokro, Tareen’s outstanding performances appreciated all.
Today is Tareen’s birthday. After losing her father, it will be her first birthday. So, she has no interest to celebrate the day. According to Tareen, she will pass the day along with her mother. However, Tareen is also acting in government-grant movie titled 1971 Seisob Din, which is being directed by Hridy Haque. Story of this movie is based on Liberation War.
In 1988, Tareen first acted in Badol Rahman directed children film Kathal Burir Bagan. Later, she acted in Sajal Khaled directed film Kajol-er Dinratri. Therefore, she also acted in a Kolkata’s movie titled Eta Amader Golpo, which dubbing yet not finished, Tareen also said.