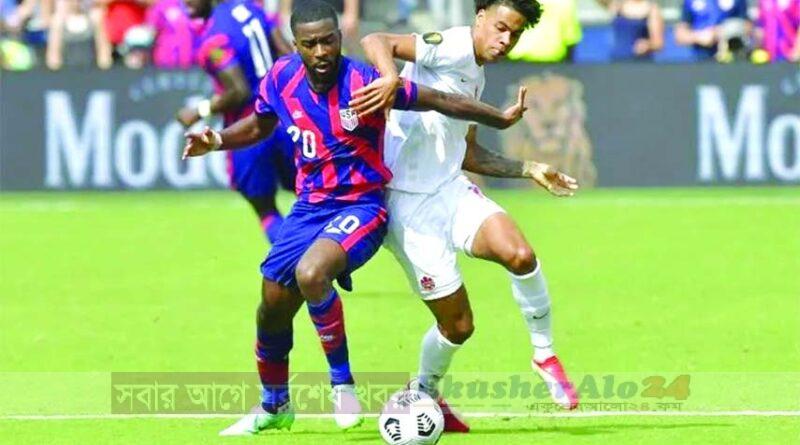 News desk : The USA and Mexico both won their groups in the CONCACAF Gold Cup on Sunday, scoring first half goals that stood as game winners and advancing to the knockout round of the tournament.
Shaquell Moore scored one of the fastest goals in national team history as the United States captured Group B by holding on to beat Canada 1-0 and Luis Alfonso Rodriquez scored in the 26th minute as Mexico edged El Salvador by the same score to claim Group A.
Moore, in his first international goal, scored just 20 seconds into the contest and ‘keeper Matt Turner made three second half saves in Kansas City as the USA finished 3-0 in group play, needing a victory to claim top spot over runner-up Canada. Moore hammered a right-footed shot from close range to the centre of the goal after taking a pass from Sebastian Lletget. In the 2014 World Cup, Clint Dempsey scored 30 seconds in for the United States against Ghana.
The inexperienced American squad will play the runner-up from Group C in the quarter-finals while Canada, who needed just a tie to win the group, are set to square off against the Group C winner.
The clubs had split their last two games coming into Sunday’s match at Children’s Mercy Park in Kansas City, Kansas. Moore’s first minute goal was all the USA would need but Canada made the hosts work for the win, especially in the second half when they kept Turner busy.
The Americans failed to muster a shot on goal against Canadian goalkeeper Maxime Crepeau in the second half. The Canadians, who had more corners three to one, were trying to win on US soil for the first time since 1957.
Mexico came out on top in a back and forth and tightly contested match in Dallas to win the group with seven points from its three matches. El Salvador settled for runner-up with two wins and one loss for six points. 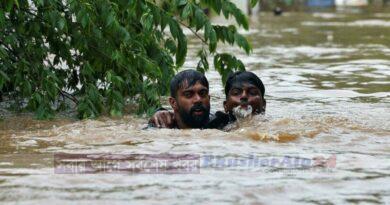 Floods & landslides in India kill over 100