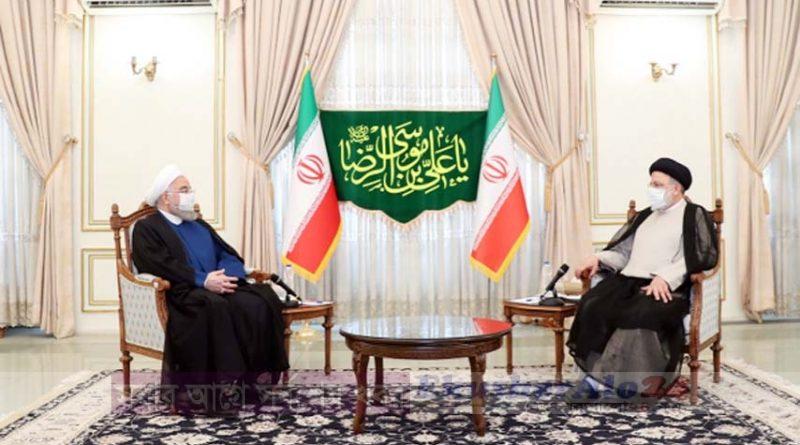 Ebrahim Raisi, Iran’s hardline judiciary chief, has won a landslide victory in the country’s presidential election, a vote that both propelled the supreme leader’s protege into Tehran’s highest civilian position and saw the lowest turnout in the Islamic republic’s history.
Raisi won 61.95 percent of the vote in Friday’s election on a voter turnout of 48.8 percent.
Raisi, 60, will take office in August, replacing moderate President Hassan Rouhani who was not allowed by the constitution to run for a third consecutive term. He will take power at a critical time, as Iran seeks to salvage its tattered nuclear deal with major powers and free itself from punishing US sanctions that have driven a sharp economic downturn.
The election of Raisi, himself sanctioned by the United States over human rights abuses, became more of a coronation after his strongest competition found themselves disqualified from running.
Iran
Outgoing President Rouhani visited Raisi at his office to congratulate him.
“We will stand by and cooperate fully with the president-elect for the next 45 days, when the new government takes charge (in early August),” state media quoted Rouhani as saying.
United States
The United States said it regretted that Iranians were not able to participate in a “free and fair electoral process” in the country’s presidential election.
A spokesperson for the US Department of State said Washington will nonetheless continue indirect talks with Tehran on rejoining the 2015 nuclear deal.
Russia
Russian President Vladimir Putin congratulated Raisi and expressed hopes for “further development of a constructive bilateral cooperation”, according to RIA news agency, citing a press officer at the Russian embassy in Tehran.
Israel
Israel condemned Raisi, saying he was Iran’s “most extremist president to date”. “The butcher of Tehran, Ebrahim Raisi, has been rightly denounced by the international community for his direct role in the extrajudicial executions of over 30,000 people,” Lior Haiat, Israeli foreign ministry spokesman, said in a statement.
“An extremist figure, committed to Iran’s rapidly advancing military nuclear programme, his election makes clear Iran’s true malign intentions, and should prompt grave concern among the international community.”
Pakistan
Pakistani Prime Minister Imran Khan said he looked forward to working with Raisi towards “further strengthening of our fraternal ties” between Pakistan and Iran for “regional peace, progress and prosperity”.
Turkey
Turkish President Recep Tayyip Erdogan congratulated Raisi on his victory, saying he believed cooperation between the two neighbours would become stronger during Raisi’s term.
“Stating my belief that cooperation between our two countries will strengthen during your presidency, I am ready to work together with you,” Erdogan said in a letter sent to Raisi.
Syria
Syria’s President Bashar al-Assad congratulated Raisi on his victory and said he was keen to work with the new president to strengthen ties between the two countries, a statement from the Syrian presidency said.
Iraq
Iraqi President Barham Salih extended his “sincere congratulations and blessings” on Raisi’s election as president of Iran.
“We in Iraq look forward to strengthening our solid relations with our neighbour Iran and its people,” he said in a statement.
Iraq’s Prime Minister Mustafa al-Kadhimi also congratulated Raisi by telephone, according to a tweet from the prime minister’s office, and expressed his hopes for further cooperation on economic and security matters “in addition to the fight against terrorism, and in a way that boosts the security and stability of the two countries and the region”.
Yemen
Mahdi al-Mashat, head of the Houthi movement’s political office, sent a message of congratulations to Raisi on his victory, al-Masirah TV reported.
Qatar
Qatar’s Emir Sheikh Tamim Bin Hamad Al Thani sent a message to Raisi “wishing him success as well as further development and growth of the relations between the two countries,” state news agency QNA said.
Kuwait
Sheikh Nawaf Al Ahmad Al Sabah, Kuwait’s emir, messaged Raisi, “wishing him further success and wellness, as well as the friendly Islamic Republic to further progress and prosper,” according to KUNA state news agency.
Amnesty International
Agnes Callamard, secretary-general of Amnesty International, said Raisi’s election win called for him to be investigated for “crimes against humanity”.
“That Ebrahim Raisi has risen to the presidency instead of being investigated for the crimes against humanity of murder, enforced disappearance and torture, is a grim reminder that impunity reigns supreme in Iran,” she posted on Twitter.
“We continue to call for Ebrahim Raisi to be investigated for his involvement in past and ongoing crimes under international law, including by states that exercise universal jurisdiction.”
Hamas
“We congratulate the Islamic Republic of Iran for the success of the democratic process, the holding of the presidential election and the victory of Ebrahim Raisi as Iran’s president,” Hazem Qassem, Hamas spokesman in Gaza, said in a statement.
“We wish the Islamic Republic of Iran progress and prosperity. Iran has always been a fundamental and a real supporter of the Palestinian cause and the Palestinian resistance.”
United Arab Emirates
“We wish for the Islamic Republic, and for our bilateral relations, stability, continuity and prosperity,” Vice-President and Dubai ruler Sheikh Mohammed bin Rashid Al Maktoum said in a statement tweeted by Dubai’s media office.
Abu Dhabi Crown Prince Sheikh Mohammed bin Zayed Al Nahyan also sent a message of congratulations to Raisi, state news agency WAM reported.
Human Rights Watch
Raisi’s path to presidency was through “repression and an unfair election”, Michael Page, deputy Middle East director at HRW, said in a statement.
“As head of Iran’s repressive judiciary, Raisi oversaw some of the most heinous crimes in Iran’s recent history, which deserve investigation and accountability rather than election to high office.” 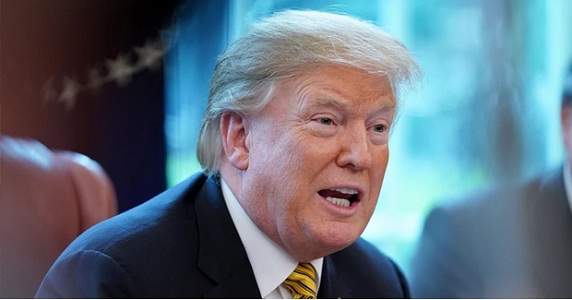