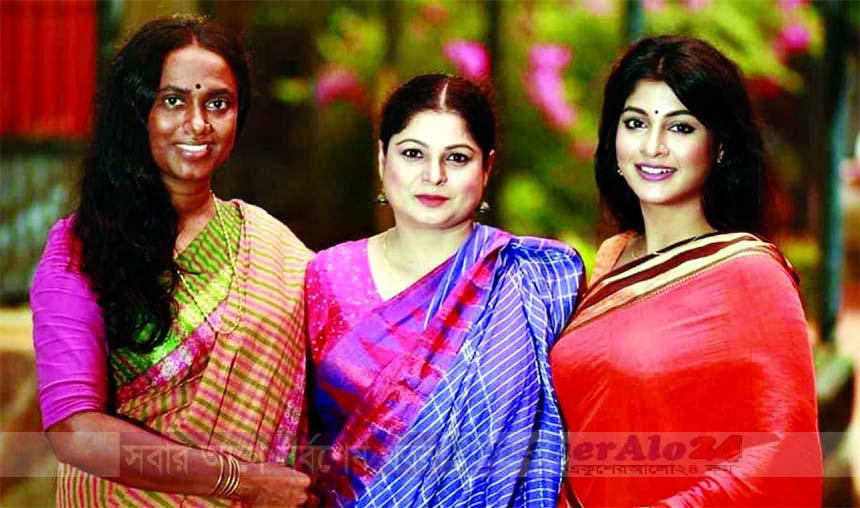 Entertainment Report : On the occasion of coming Eid-ul-Azha, a seven-episode serial titled Medal has been made to telecast on NTV during the
festival. Robena Reza Jui, Rimu Roja Khandaker and Sarika Sabrin played roles of wives of Mosharraf Karim, Mukul Siraj and Shahadat respectively in the Eid serial. Raihan Khan gave direction and also wrote story of the Eid serial. While talking about the serial actress Jui Karim said, “Eid serial Medal has become a nice work. Raihan Bhai’s story concept and direction are always good. Therefore, in this serial,
I will be seen to portray an exceptional role. I changed my make-up while acting in the serial. I am hopeful about the serial.”
Sarika said, “Basically story is the life of the serial. Raihan Bhai is a talented
cinematographer and also a good director. Overall, it has become a nice serial. I believe viewers will enjoy the serial during Eid festival.” Rimu shared her feelings by this way, “For the first time, I worked under Raihan Bhai’s direction. Every actor of the serial tried to give level best effort
to portray roles properly. I always try
to give my level best while acting. I want to give 100 per cent concentration during
shooting. It is my great achievement which I get loves from the viewers.”
Jui also informed that next week she
will take part I shooting of a drama for BTV. She is expected to act in another drama for Eid. Meanwhile, June 20 is the birthday of actress Rimu. Rimu informed that she will keep shooting schedule on her birthday. She will take part in shooting of Harun Rusho’s a drama. On the other hand, Sarika will also take part in shooting
of several projects on the occasion
of coming Eid, she mentioned.