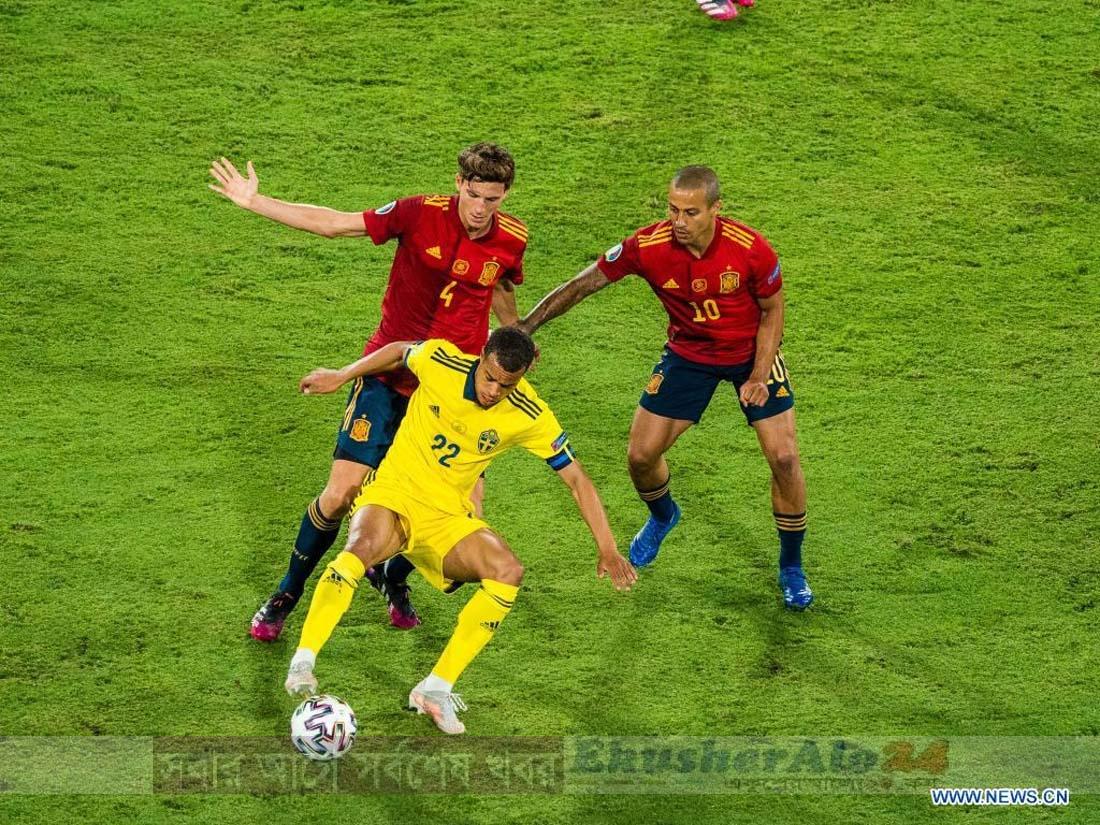 Three-time European champions Spain were held by Sweden 0-0 in their Euro 2020 opener while Patrik Schick scored twice to seal a 2-0 win for Czech Republic over Scotland on Monday.
Schick’s second goal was a sensational halfway-line goal stunner, which has been already labeled as the greatest goal of this tournament by some media.
Spain hosted their first opponents in Group E in Seville with nearly 80 percent of possession and a total of 17 shots. But they failed to take advantage of their dominance when facing a well-organized Sweden, whose defender Victor Lindelof was rewarded as the Star of the Match for shutting out the Spanish forwards in a great performance.
The other first-round match of Group E was held in St Petersburg between Poland and Slovakia, as 10-men Poland suffered a 2-1 loss. Slovakia looked comfortable in the first half and opened the scoring against uninspired Poland after Robert Mak’s solo run and effort dropped off Wojciech Szczesny’s near post before bouncing off the goalkeeper’s right shoulder into the goal in the 18th minute.
Poland needed some time to recover but restored parity 27 seconds after the restart as Karol Linetty finished off Maciej Rybus’ build-up work.
The Polish suffered a setback after 62 minutes when Grzegorz Krychowiak was sent off the pitch with a second yellow card and Slovakia managed to turn their numerical advantage into goal seven minutes later as Milan Skriniar ‘s low shot found the net.