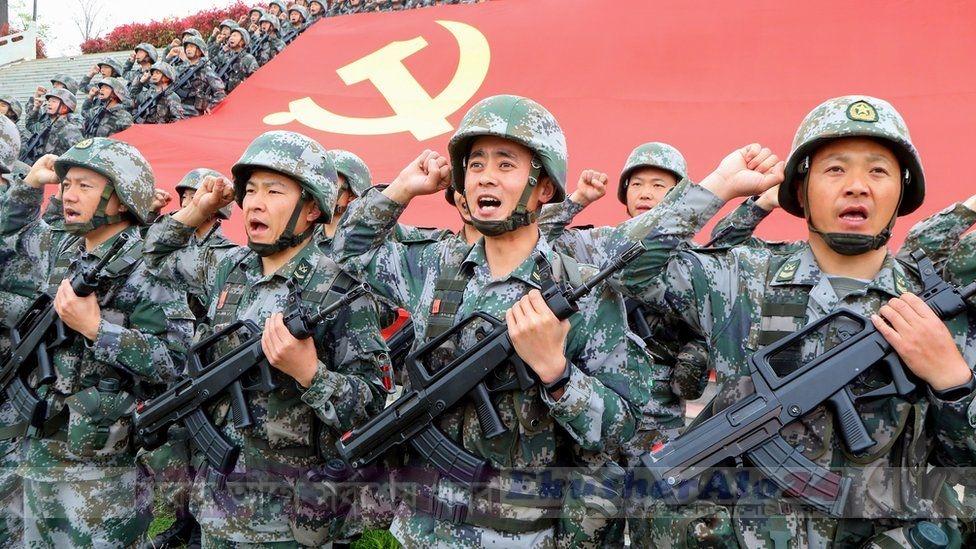 News Desk : China has accused Nato of slandering its peaceful development after alliance leaders warned about “systemic challenges” coming from Beijing.
China’s actions, including expanding its nuclear arsenal, threatened “rules-based international order”, Nato said.
It was the first time Nato had placed China at the centre of its agenda.
In its response, China said its defence policy was “defensive in nature” and urged Nato to “devote more of its energy to promoting dialogue”. “Our pursuit of defence and military modernisation is justified, reasonable, open and transparent,” China’s mission to the European Union said in a statement. It added that Nato should view China’s development in a “rational manner” and “stop taking China’s legitimate interests and rights as an excuse to manipulate bloc politics, create confrontation and fuel geopolitical competition”.
Nato’s statement came at the end of a one-day summit in Brussels on Monday.
It marked Joe Biden’s first Nato meeting as US president.
The powerful political and military alliance between 30 European and North American countries sees Russia as a main threat. Mr Biden is due to meet Russian President Vladimir Putin in Geneva on Wednesday.
According to the summit’s communiqué (concluding statement), China’s “stated ambitions and assertive behaviour present systemic challenges to the rules-based international order and to areas relevant to Alliance security”. “We remain concerned with China’s frequent lack of transparency and use of disinformation,” it says.
Nato chief Jens Stoltenberg told reporters: “We’re not entering a new Cold War and China is not our adversary, not our enemy.”
But, he added: “We need to address together, as the alliance, the challenges that the rise of China poses to our security”.
China is one of the world’s leading military and economic powers, whose ruling Communist Party has a tight grip on politics, daily life and much of society.
The Chinese military currently has the largest armed forces in the world, with over two million personnel on active duty.
Nato has become increasingly concerned about the growing military capabilities of China, which it sees as a threat to the security and democratic values of its members.