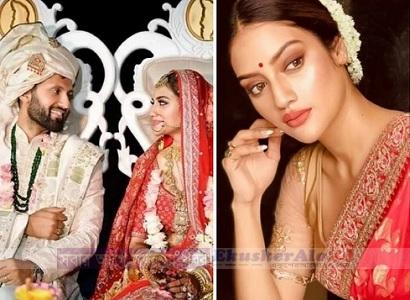 News Desk : Nusrat Jahan on Wednesday issued a statement saying her marriage with Nikhil Jain was never valid as an interfaith marriage in India requires validation under the Special Marriage Act, which never happened. As the marriage was not legal, valid and tenable, there is no question of divorce.
She clarified. “Our separation happened long back, but I did not speak about it as I intended to keep my private life to myself,” the Basirhat MP said. Actor-turned-politician Nusrat Jahan got married to businessman Nikhil Jain in Bodrum of Turkey in 2019 after she made her political debut winning the Lok Sabha Elections 2019. Of late, there were speculations of a rift in the marriage as reports claimed Nusrat was dating fellow actor-politician Yash Dasgupta, who was a BJP candidate in the 2021 election in Bengal. A few days ago reports of Nusrat carrying Yash’s child started doing the rounds to which writer Taslima Nasreen commented in a long Facebook post, where she said if the rumour is true, then Nusrat should get divorced from Nikhil.
While Nusrat’s statement clarifies her stance on the ‘marriage,’ without naming Nikhil, she accused him of mishandling her money. The one who claims to be ‘rich’ and ‘been used by me’ has been taking money from my account by accessing my bank accounts illegally and by illegitimate means at odd hours of the night, even post-separation. I have already taken this up with the concerned banking authority and a police complaint shall be filed shortly. In the past, details of all family accounts were handed over to him, upon his requests and none of me or my family members was aware of any instructions given to the bank via our accounts. He has also been mishandling my funds from various accounts without my knowledge and consent. I am still battling it out with the bank & if need be, would release proof of the same,” the statement read. The MP also alleged that his family members have illegally held back her assets, the
jewellery given to her by her patents.

Jeet due in Dhaka 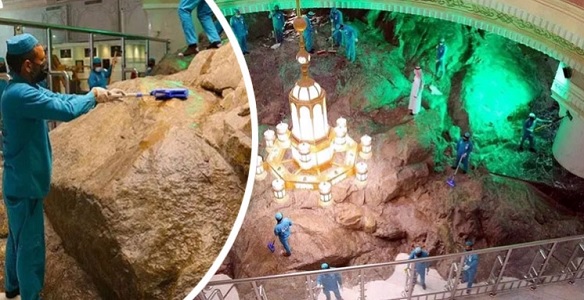 There is No Possibility of Early Elections: Quader