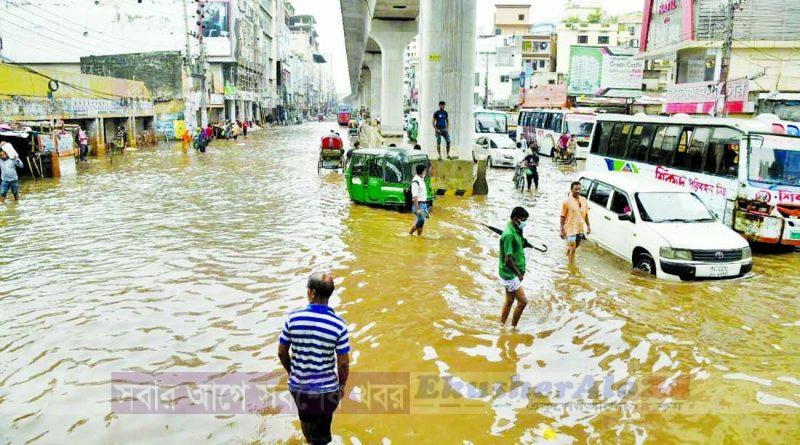 News Desk : Residents of Dhaka woke up to waterlogged streets on Tuesday morning after pre-monsoon showers lashed the city.
Just three hours of rainfall — from 6am to 9am — was enough to shatter the tall claims of monsoon preparedness made by the city’s municipal corporations, as several areas faced waterlogging problems, reports UNB.
Rampura, Badda and Mirpur were some of the worst-hit areas in the city. Post-showers, many people were seen wading through ankle-deep water in these areas to reach their destination.
According to the Bangladesh Meteorological Department, the city received 85 millimetres of rainfall on Tuesday.
Mohammad Aftab Uddin, a meteorologist, said, “The capital is likely to receive light to moderate showers on Wednesday too.”
According to regular forecast, light to moderate showers, accompanied by temporary gusty or squally winds, are likely to hit Dhaka, Mymensingh, Khulna, Barishal, Chattogram and Sylhet divisions.
A few places in Rangpur and Rajshahi divisions may also receive moderate to heavy showers, as per the forecast. Day and night temperatures are likely to remain the same across the country.
Meanwhile, two rickshaw-pullers have been electrocuted to death in flooded street in the capital on Tuesday.
The incidents took place at Uttara area in Dhaka after the morning rain.
Witnesses said the rickshaw pullers duo electrocuted while touching an electric cable that fell on a submerged street on road No. 21 in Uttara Sector-10 around 8am. One of the victims is identified as Md Abdur Razzak, 50, from Kishoreganj and the other is Zia 45, from Sirajganj. “They came into contact with the cable while trying to pull the rickshaws from the rain water,” said Shah Md Akhtaruzzaman Ilyas, Officer in Charge of Uttara West Police Station.
They were then taken to nearby Shaheed Monsur Ali Medical College Hospital.
After their condition got worsens, they were moved to Uttara Modern Medical College Hospital, where the doctors declared them dead.
The bodies were later handed to their families.
A general diary has been filed at Uttara West Police Station over the incident.

Army to be deployed across country Monday 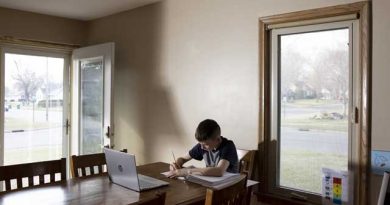 Online schools are here to stay, even after the pandemic